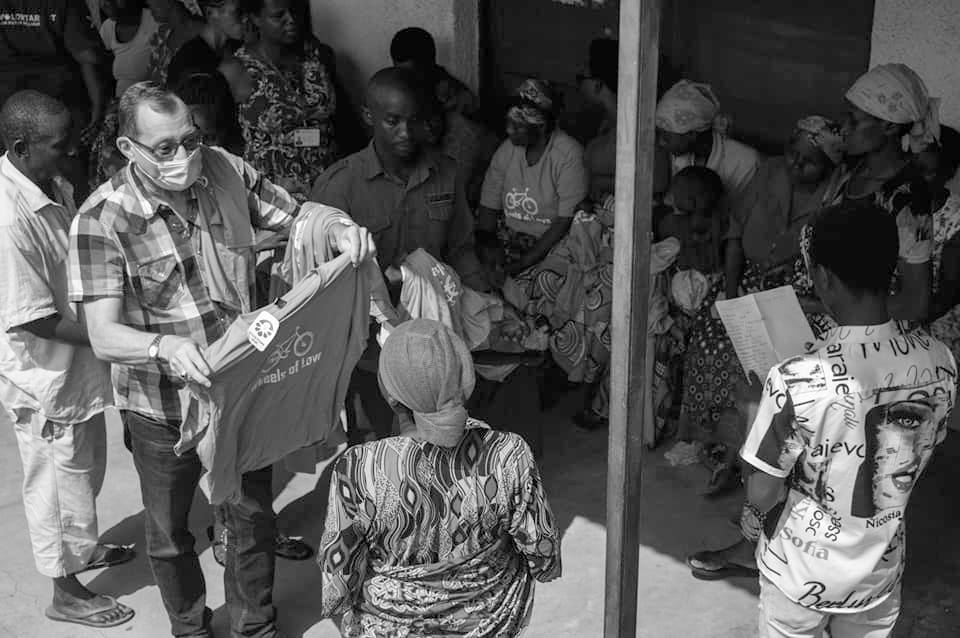 AFAH board member David Meron recently returned from a two-month work assignment in Burundi, East Africa. Here he shares the story of the growing partnership between ALYN Hospital and the Burundi-based NGO, NACHAM:

I arrived in Burundi in June 2021. Having already done the research which led me to NACHAM, I reached out to the organization’s founder, Armand Ijimbere. Well, they say there are no coincidences: in 2018, Armand received a scholarship to attend a one-month entrepreneurship course run by MASHAV, Israel’s Agency for International Development Cooperation in the Ministry of Foreign Affairs, at its Carmel Training Center in Haifa.

Within days of arriving in Bujumbura, Armand and I met for coffee at a hillside restaurant overlooking Lake Tanganyika.  We quickly realized the potential for linking ALYN and NACHAM (“comfort” in Hebrew), especially since the latter also supports the Centre Akamuri, the only organization in Burundi providing a holistic intervention for children with disabilities.

Following that initial meeting, I took action on two fronts.  Through AFAH, I coordinated a Zoom call between NACHAM/Centre Akamuri and ALYN Hospital Director General, Dr. Maurit Beeri.  As a result, ALYN is exploring ways to provide expertise and rehabilitative training to doctors in Burundi, the world’s second poorest country.

The second mitzvah came about thanks to AFAH’s Davida Popik, who offered to ship a box of 30 XXL 2021 USA “Wheels of Love” t-shirts to Bujumbura.  The two public hospitals where NACHAM operates serve the country’s poorest, most vulnerable populations.  Many women from rural Burundi who are ill or have been the victims of spousal abuse arrive in the capital with only the clothes on their backs – and often with infants and small children who have no one to care for them at home.  Armand organized a distribution ceremony and I helped to give out the t-shirts to grateful recipients.  Together, they offered a rousing “Todah rabah, ALYN!”

Now, from the comfort of my home in Philadelphia, I reflect on this past summer’s experience.  Linking ALYN and NACHAM, while not the primary reason for spending eleven weeks in Burundi, will have the greatest lasting impact.  A few emails and phone calls was all it took to put into motion forces that will improve the lives of many as only ALYN can.  In addition, Armand assured me he would inform his numerous high-level Burundi government contacts that an Israel-based medical institution is contributing to the welfare of the country’s most vulnerable.  In today’s global political environment, small steps can go a long way.