Home Uncategorized Visit of the Deputy Chief of Mission at the United States Embassy in Burundi to see the activities of NACHAM AFRICA at Prince Regent Charles Hospital. 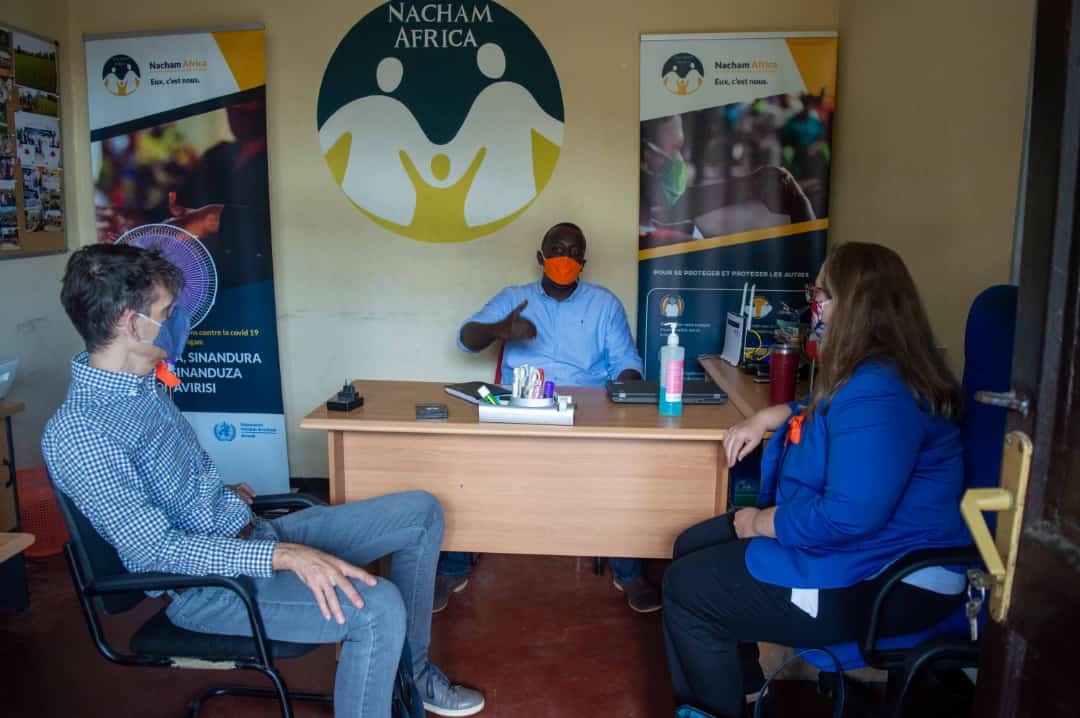 Stephanie Bunce, Deputy Chief of Mission at the United States Embassy in Burundi, paid a visit on Saturday December 4, 2021 to the Nacham Africa office at Prince Régent Charles Hospital as part of the 16 Days of Activism Against Violence to women and girls.

After a tour of the Hospital with the Legal Representative of Nacham Africa¸ the Deputy Head of Mission attended an awareness session on the fight against gender-based violence towards the sick patients and sick guards, led by Dr Claudette Bayubahe, member of the program to fight against gender-based violence and to ensure the empowerment of women.

“There are many types of gender-based violences , but psychological, physical and especially economic violence are most commonly encountered in the Hospital.” said Dr Claudette.
The theater performed by Nacham Africa volunteers staged the different types of gender-based violence and opened an interactive debate with the participants who in turn expressed their feelings about their experiences, testimonies from victims followed.
In its address, the DCM expressed her satisfaction with the intervention of NACHAM AFRICA in favor of the most vulnerable patients and encouraged the approach used to refer and support victims by promising to support the post hospitalization financial empowerment of victims.

Gifts made of loincloths, soaps and washable sanitary napkins were distributed to 80 beneficiaries.

Follow us
Previous Post Certifying training Session on Prevention and Awareness of COVID 19.
Next Post 16 days of activism campaign against Gender based violence towards women and girls